Hugo amongst the boxes in the lounge

This is my last post in the house before we move property. I’ve been a bit control freakish recently, ensuring that I prepped our belongings for the professional packers before they commenced work, to make it easier for them. Lift and shift was the idea, but I hated the idea of not knowing where everything was after the removals team had put everything in boxes, so I tidied up and organised stuff into their rightful drawers first. My investment would surely make pay off when unpacking. But I also wanted Hugo’s things separately and clearly marked so that it wouldn’t be lost amongst the melange of family items.

As a means of settling Hugo when he arrives at his new house, I put his favourite things in our suitcase for easy access. A Row Row Row your boat musical book will be one of the first things played in the house. Jasper seems indifferent to the move, not overly interested about the complete change to his home environment over the course of the following day, despite repeated but gentle reminders by his worried parents. Perhaps he has got it right; after all, we are still the same people with same behaviours and prejudices socialised and embedded over many years. I do acknowledge that the environment can play an important part of our wellbeing. So time will tell how this house will change my family but I know that we have a massive opportunity to make our mark.

We will find a little spot for Hugo. It won’t be anything like a shrine, more like a quiet space where we feel him alive again, contemplate his life in peace, maybe a photo or two. Hopefully a sunny spot will make itself known to us for this reason. Hugo has seen the place in passing seated in our car but has never set foot inside during viewings. I am drawn to imagining him running through the house if he were alive or having bath time or bedtime with mummy and daddy. He would still be sleeping in our bed. If only he was still alive.

Eva’s brothers came over today to see us and consequently were roped into doing hard labour in the garden. We have two baby trees that were planted when we first moved into Stoneleigh. One is a Grand Fir (Christmas Tree) and the other is a Korean Fir. The Korean Fir blossomed like crazy over the year and a half that we have lived here as a family. It has these beautiful purple cones that project vertically and needles for leaves that are not at all prickly but are in fact quite soft and densely packed on each branch. Its appearance is stocky and tends to grow as wide as it grows tall so it actually looks like a cuddly toy tree. This was not lost on Hugo either who used to stomp, waddle and fall over to the Korean Fir at the back of the garden to pat and cuddle the plant, which was initially the same height as Hugo. We know it as the Hugo Tree now. It is uprooted and ready to be taken today, along with the Grand Fir to be replanted in the new garden. It is a small thing, but I take a little comfort in believing that something of Hugo’s life will continue to grow near his daddy, in the tree that has had the physical touch and attention of my precious boy.

It was Father’s day just gone. I know Hugo, so do I, daddy.

It is said that house buying and selling is one of the most stressful times one could face in their life. My experience of it pales in comparison when reflecting on the worries and pain in dealing with the days leading up to Hugo’s death and my life in the present day. We were enduring severe stress as we were facing a modern day horror and were potentially going to move house four days after Hugo had died. As it turned out, with a series of delays on this house purchase, it has enabled us to arrange Hugo’s beautiful celebration day and his private funeral the way we wanted and we are moving on to a new beginning.Looking back, we would not have achieved things for Hugo if we had moved house earlier and I would imagine our grieving process would not have been so gradual in its journey with such an immediate house move. From the day I came back from the hospital without Hugo, I was in floods of tears whereever I went because everything in front of me reminded me of him so much and I was in the most unbearable heart wrenching pain. My body sometimes shook uncontrollably, having shortness of breath, feeling dizzy moving about and becoming weak and cold. There was nothing that we could have done to prepare us for everything that was happening to us. We had no choice but to take every hit and deal with each day the best way we could. Simon, you are my rock. 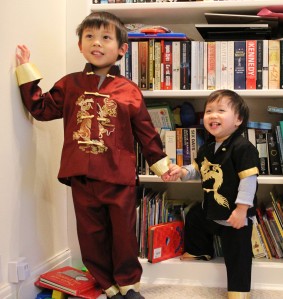 The fact that we are about to move house hasn’t really sunk in yet. There is lots to do such as changing address, packing up our house and organising our move. I have mixture of feelings that I know I’ll have to come to terms with very soon as I am leaving the house Hugo had spent most of his life in.

There are lots of memories here like, I used to hold Hugo’s hands and shadow run with him after Jasper from the bath via the corridor to my bedroom and then Jasper would hide and then we would call out “Jasper, Jasper where are you?….. come and get me!” then Jasper would appear from hiding and chase after us, Hugo in fits of laughter and I would run as fast as we can back to the bathroom, we would do this over and over again. 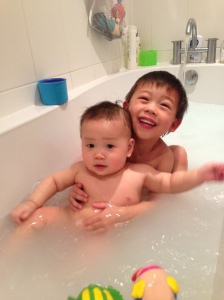 I will miss the garden where they used to play football and to help me pick up the apples that had fallen off our old and huge apple tree. We used to sit on the grass and have lots of picnics there during last summer. I will really miss the bath that he shared with Jasper as many fun bath times were had with so much splashing and laughter. I will miss the lower cupboards in the kitchen where Hugo used to open to pull out my nice crockery and tins. I will really miss the book case where he pulled out his baby books from the bottom two shelves and I will miss his hand prints on Jasper’s bedroom window from when he stood on the window sill with me, pointing at the birds and trees in the garden –  I remember Hugo would squash his face on the glass and smack his hand from the inside to scare the birds away…..so many parts of the old house that I will leave behind that still trigger those memories.

Packing his toys, books, nappies, clothes and shoes etc. away in boxes is still very hard for me as each thing I pick up triggers my grief and reminds me that he is physically not here again and I start welling up with tears. I do dread the day when I have to leave, closing the door and locking it for the last time. There is no doubt,  I will get really emotional and my grief will consume me but I will make sure that I’ll call out for Hugo to leave with us and to follow his family to the new house to start the beginnings of the new normal life. Let’s go Hugo, come with mummy x